HN Koong
In the News, Initiate Conversations, Past Blind Spots 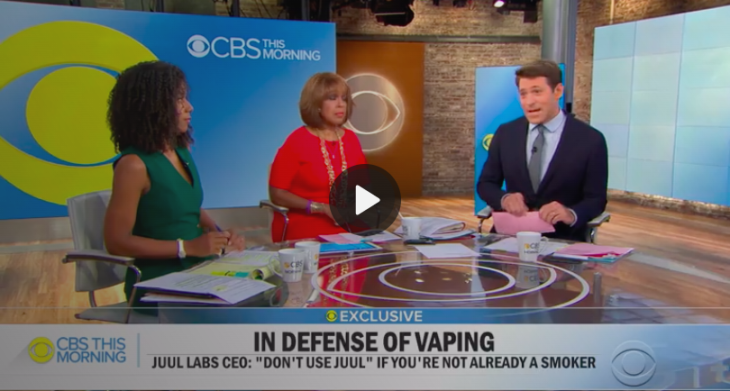 Malaysia Media The Star on TFGiEndgame

HN Koong
In the News, Latest 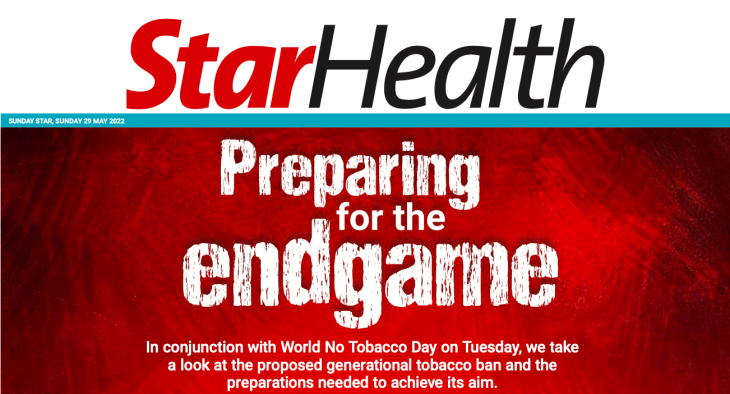 Ground-up social movement and working with youths are vital to rapidly change social norms. Activating youths bring extensive social media reach which in turn garner buy-in unlike conventional tobacco/vaping prohibitive approaches that receive push-backs. Besides being spontaneous, self-driven, scalable and sustainable, youth involvement is energetic! Additionally, the mobilisation of such massive support from the future generation results in no more new demand in which the industry will naturally withers. Thus, engaging the future generation is both our best defence and offence.

The Forbidden Fruit in the Garden of Eden: Adam and Eve

We had the privilege to listen to several Filipino youths present what they understand of the Tobacco Free Generation International Social Movement on 9 January 2021. This was under the leadership of Mr Russel Sarmiento of Dinalupihan, the Republic of Philippines. These youths presented well and confidently. They also added in their independent opinion on how TFG is better and more harmonious in PREVENTION than what the rest of the world is doing now in pushing for legislation that will curb smokers. We learnt this analogy from this Filipino team “The Minimum Age Law creates that Forbidden Fruit effect like how Adam & Eve, in the Garden of Eden, were told not to eat the fruit”. Congratulations to these youths for adding value to the global TFG Endgame narrative. We are proud of you all!

We congratulate these Philippines youths for a great return presentation to show that they have internalised the TFG approach, language and practice. This follows after an earlier demonstration to them several weeks ago.

More of the same not likely to work: This study finds no evidence to indicate that global reduction of cigarette consumption has been accelerated by the FCTC treaty using either ITS or event modelling.

Two arguments against TFG in the past : 1. “..could buy overseas, get older relative or friend to buy” 2. “Enforcement is challenging”

Think about it a bit more : these possible scenarios exist with the current minimum age law where it is just as easy for anyone above 21 to buy and pass to those under 21. TFG is not any weaker.

Instead, on enforcement (at the Point of Sales)  : Please watch the video comparing Minimum Age Law versus TFG Law

Time to look at how TFG may be applied

HN Koong
In the News

Tobacco-free generation laws ban the sale of tobacco to those born after a specific year and prevent future generations from ever starting to smoke, while not affecting existing smokers.

Former MP Lee Bee Wah has said that she believes such a generational approach could work.

Laws like Singapore’s that set a minimum age for using tobacco products make smoking seem like something that is acceptable for people of a certain age, when in reality, it is harmful for everyone. Some young people may even see smoking as an act that marks a person’s coming of age, and that is even worse.

Well done! Looking back, why weren’t we successful in preventing smoking initiation? 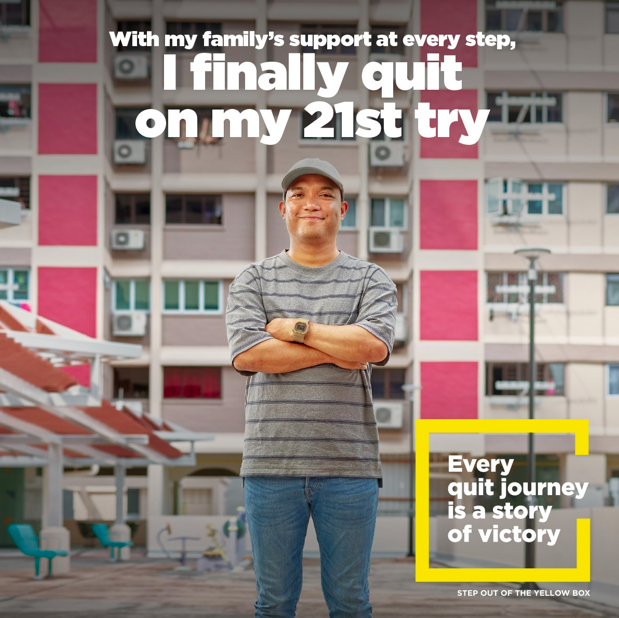 While we applaud this gentleman on his 21st try, it must have been an arduous journey. His family would have been very pleased. Many more have challenges in quitting and many others fail.

Let’s revisit our preventive strategies, as societies have not been aligned sufficiently. TFG delivers better methods. Let us help you improve your prevention strategies. It saves a lot more time, effort and anguish.

TFG prevents smoking through an evidence-based, mass education ecosystem. This form of education should best precede any legislation.

BROOKLINE : 1ST CITY IN THE U.S and 2ND WORLDWIDE AFTER BALANGA CITY, PHILIPPINES : TO BAN TOBACCO SALES TO ANYONE BORN IN THE 21ST CENTURY 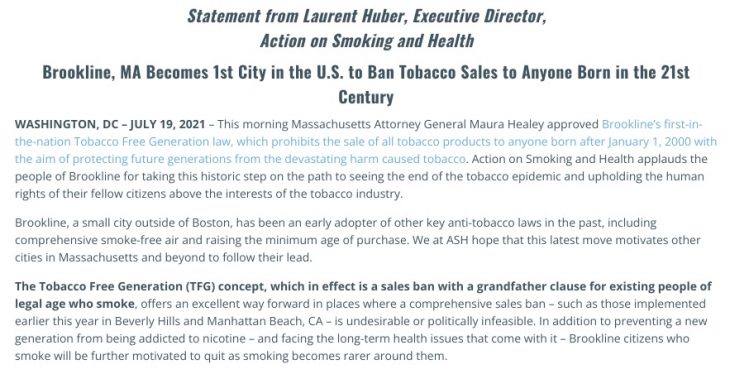 8.8 times more cited by other publications than average

This publication in Tobacco Control has been cited 51 times. 9% of its citations have been received in the past two years.

Compared to other publications in the same field, this publication is extremely highly cited and has received approximately 8.83 times more citations than average.

HN Koong
In the News 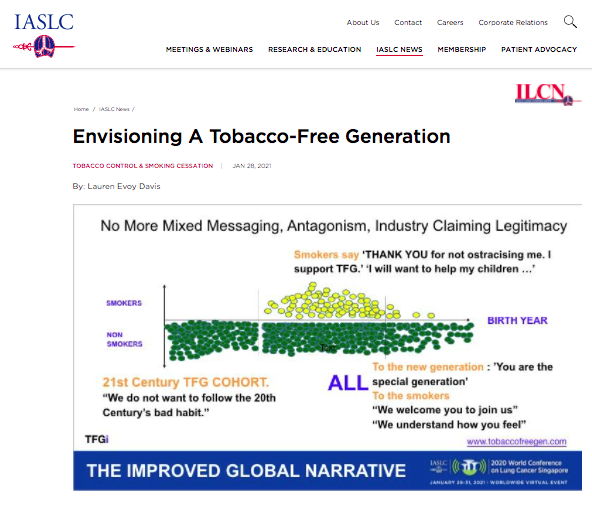 Million-dollar ad campaign characters such as the Marlboro Man and Joe Camel lured many people to take up the tobacco habit through magazine ads and TV commercials. Gimmicks such as “Camel Cash” that could be mailed in, in exchange for prizes such as cigarette lighters and t-shirts, made tobacco users walking advertisements, perpetuating an ethos of cool. Eventually, advertising standards were altered so as not to be so kid-friendly and enticing to young people.

Although ads to promote tobacco products have been curtailed during the past few decades, cancer from using tobacco products still kills more than 8 million people each year, according to the World Health Organization (WHO).1 It is also known that second-hand smoke is also dangerous and contributes to 1.2 million deaths around the world.

The challenge now is preventing future generations from ever becoming users.

Presenter Heng Nung Koong, MD, founder and director of the Tobacco Free Generation International, discussed this topic during the Education Session “The ‘How To’ of Modern Tobacco Control” (ES21). In 2010, Dr. Koong wrote a journal article, “Phasing-Out Tobacco: Proposal to Deny Access to Tobacco for Those Born from 2000” as a way to think about new generations of never smokers and how best stop them from ever becoming tobacco users.2 One way is to limit the supply and retail operations of tobacco and to create new policies around obtaining and publicly using tobacco in order to eradicate the initial desire or demand for tobacco products.

This Tobacco Endgame concept, “replaces the globally accepted, flawed minimum age [to legally purchase products]” Dr. Koong said. Children receive mixed messages; they are told about the dangers of smoking, and yet they see adults smoking. They are exploited by advertising, which promotes the idea that using these products makes one cool or glamorous. Teenagers, many of whom are eager to appear like adults, may engage in risky behaviors to be like the adults in their life and also their peers. The industry capitalizes on the rebellious psyche of teenagers by continuing to say that it only markets to adult smokers, leading many to accept the legitimacy of the industry and its claims.

Additionally, many young people do not suffer immediate health issues. The dangers of smoking increase over time, so many do not experience the health consequences until decades from their first cigarette, vape, or chew.

Saito et al,3 published in the British Medical Journal in 2013, an analysis of 40 textbooks that covered the dangers of tobacco usage and found that very few books presented ways to resist the allure of tobacco (Table).

The movement “needs to go beyond saying ‘smoking is bad and causes various diseases.’ Instead it is the peers who need to stand up in front of a group and advocate to thousands of children,” Dr. Koong said.

“It needs to be an ecosystem that gets permanent internalization in mass education in schools,” he added.

He suggested ways to accomplish this through positive peer pressure. Ideally, schools will develop youth leadership programs within education systems, especially targeting the teenage years, when youth are vulnerable and eager to fit in with peers.

Dr. Koong developed the world’s first tobacco-free ordinance in 2016 with the support of legislative leaders in the Philippines. In Balanga City, Bataan, the mayor approved this ordinance “as a novel preventive measure against tobacco abuse and tobacco’s harmful effects in the Philippines. It aims to regulate the sale of tobacco to any citizen born on or after January 1, 2000,” per the ordinance. The ordinance is being explored by the other municipalities within the province.

More recently, in November 2020, in Brookline Massachusetts, the Tobacco-Free Generation initiative was passed during a town meeting in a 139 (yes) to 73 (no) vote. This is the first initiative passed in the United States. This measure to prevent the sale of tobacco to anyone born on or after January 1, 2000, is awaiting approval from Massachusetts Attorney General Maura Healey.

These ordinances do not shame or condemn current tobacco users in any way. The idea is to prevent the next generation from starting in the first place.

“This is a phased-in, non-antagonist social movement that will result in no new smokers in future generations,” Dr. Koong said.

The hope is that this compelling initiative will catch on other states as well as globally. Currently more than 80% of the world’s 1.3 billion tobacco users live in low- and middle-income countries.1 To become sustainable as a country, inform your local municipalities and mayors on the Tobacco Free Generation merits. Get them to contact the Tobacco Free Generation team to start this better nicotine prevention ecosystem within your education system. The training workshops can be completed within 3-4 days.

Training of Filipino Youths to speak the TFG language

We had the privilege to listen to several Filipino youths present what they understand of the Tobacco Free Generation International Social Movement on 9 January 2021. This was under the leadership of Mr Russel Sarmiento of Dinalupihan, the Republic of Philippines. These youths presented well and confidently. They also added in their independent opinion on how TFG is better and more harmonious in PREVENTION than what the rest of the world is doing now in pushing for legislation that will curb smokers. We learnt this analogy from this Filipino team “The Minimum Age Law creates that Forbidden Fruit effect like how Adam & Eve, in the Garden of Eden, were told not to eat the fruit”. Congratulations to these youths for adding value to the global TFG Endgame narrative. We are proud of you all! 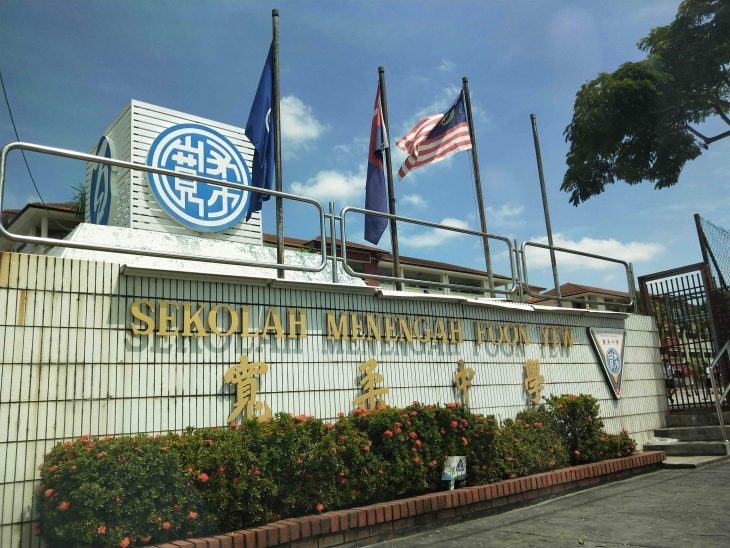 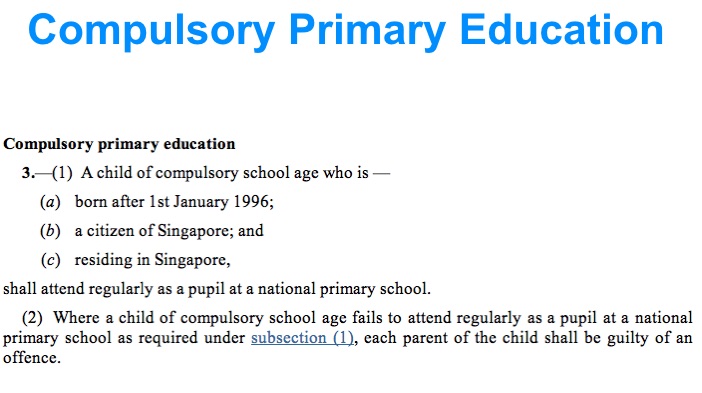 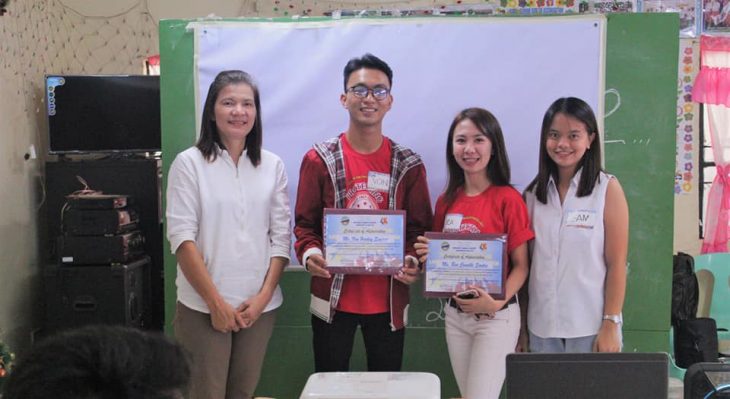 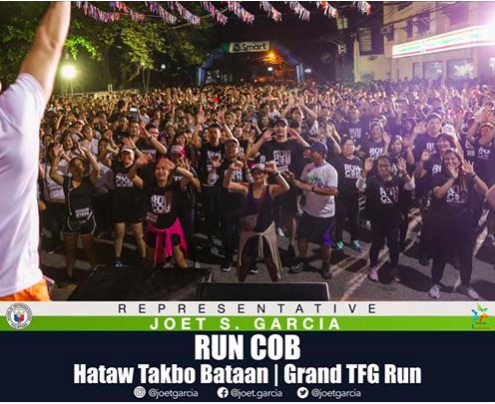 From Congressman Joet Garcia : ‘Heartfelt thanks to all who joined the run cob: Hataw run bataan grand ttfg run!

More than 15,000 bataeño woke up early, hataw and running to show their appreciation to healthy lifestyle in the daily workout of the ttfg movement.

The last phase of 2019 hataw run bataan has recorded the most runner in the history of our province! We expect that this program will be more fun and big. Time will come that we can like this in world renowned New York and Tokyo marathon that extends to more than 50,000 runner.

Thank you so much to the provincial government of bataan for the leadership of gov abet, Vice Gov Cris, bokal, Dr. Osang and pho, city government of balanga in leading Mayor Francis, Vice Mayor Vianca, councillors, Dr. Mart and cho, sir cholo and health promotion board, Youth Health Ambassadors, all towns in leading their mayors, barangay officials, Deped in leadership of bataan sds dr. Romeo Alip and balanga sds dr. Ronnie Mallari, all ngas and members in the inter-Agency technical working group.

More thanks to my colleagues at the congressional district office in leadership of cos Jett! The Victory of 2019 hataw run bataan is the fruit of your dedication and diligence to serve. 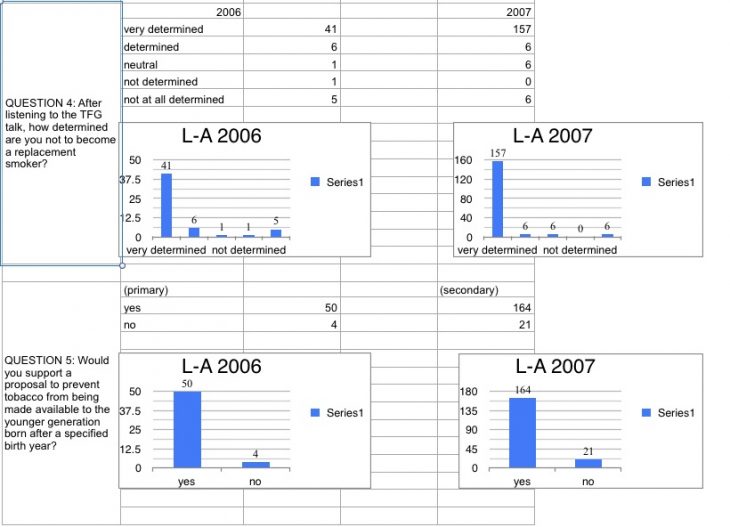 Response from students from a sample location in 2019. Students born in year 2006 and 2007, ages 14 and 15 respectively after understanding the implications of TFG.

We think it is possible to be 100%. This 90% might have been due to language/translation misunderstanding. 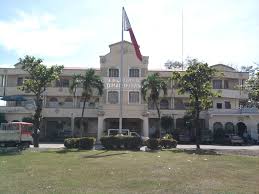 Feedback from one of the TFG Singapore team members DY ” Love this! As a former partipant in the TFG movement from Singapore, I am proud to see my Filipino brothers and sisters promoting this movement with such passion and veracity that can only be found in those who truly believe in the cause they fight for. As the current generation, it is our duty to step up and do our part to fight the tobacco epidemic in any way we can. Social media is one of them; it is an excellent way to spread information quickly and effectively. Since many people have access to smartphones and use social media often, I hope that this video will reach as many people as possible, and inspire them to support the TFG movement”